Unfortunately the crossovers for the Tannoy 15" Monitor Gold series have some limitations. The following modifications will vastly improve the treble performance. 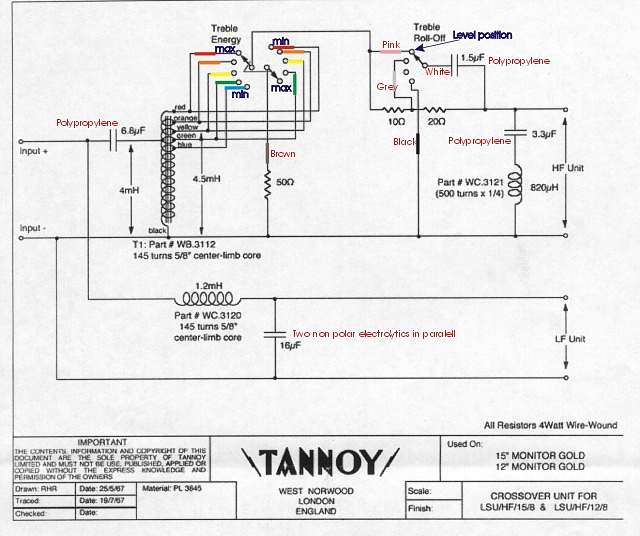 The following parts should be removed/ replaced:

Crossover capacitors replaced with high quality polypropylene type. The 16 Uf capacitor across the low frequency driver was replaced with two non-polar electrolytic types in parallel. A 16 Uf polypropylene would be a better choice but size limitations of the crossover unit prevent such a large component from being installed. This component is a high frequency roll off for the base driver and has no effect on the performance of the high frequency driver. 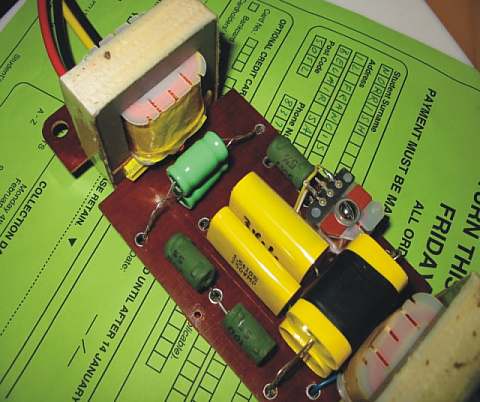 Four pin speaker connector removed and replaced with terminal strip connections. The four-pin connector fitted to the speaker has a fairly high resistance and the contacts tend to oxidize after a while.

Crossover switches for ‘Energy’ and Roll Off’ removed and crossover ‘hard wired’ with the preferred settings.

Use heavy gauge ‘Monster Cable’ between the speaker and the amplifier making sure that termination at each end of the cable is via low resistance connectors. 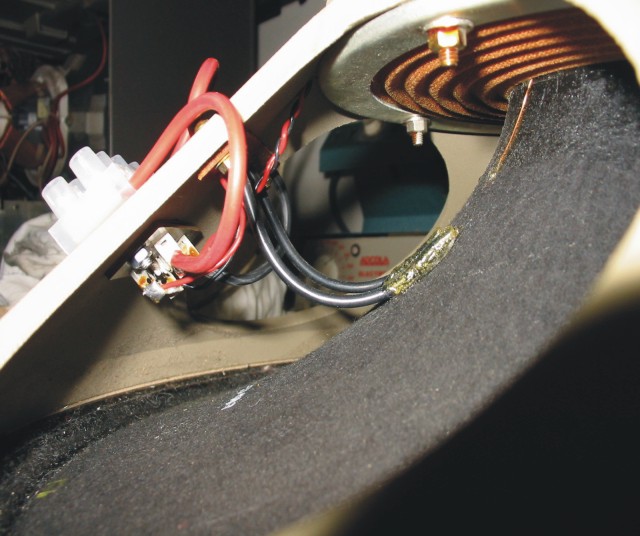 Before any modifications are performed, determine the best setting for the ‘Energy’ control on the crossover. Note: The ‘Roll Off’ control should be set to the ‘Level’ position so there is no high frequency roll off. Once you have decided on the best setting for the ‘Energy’ control, the crossover unit should be removed and dismantled. The four rivets should be drilled out on the crossover unit so that the cover can be removed. Cut the wires leading to the two switches, leaving about 8mm of wire so that the colored insulation remains in place for identification purposes.

For the GRF enclosures I chose an ‘Energy’ setting of second to maximum position and left the ‘Roll off’ at the level position. For the above settings join: white to pink to orange and brown to green.

You can see in the picture that I have cut the wires connecting the crossover switches and made the above connections. 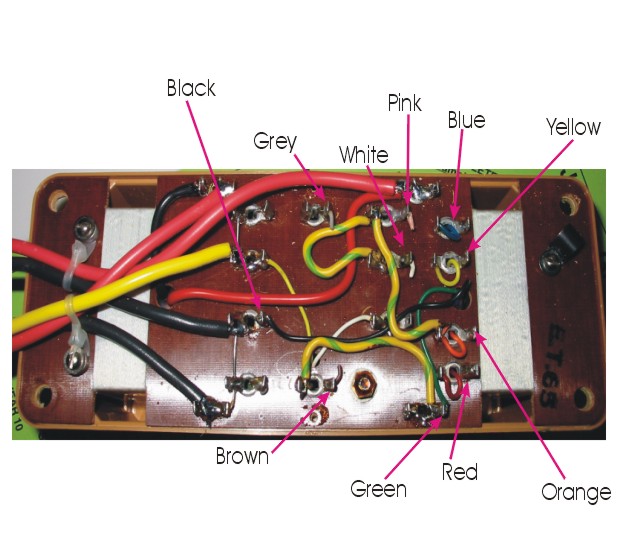 There is an immediate and noticeable difference in the sound quality after making the above modifications. The harmonic content of music is much more detailed and there is a noticeable drop in distortion. Voices sound very natural and listening to some of my old orchestral music reveals much better detail. This modification is really worth the effort and the Tannoys have never sounded better.

Back to Kel's HOME PAGE